Zabdi Keen has been flying since 1989 since the inception of the sport in the U.K. She is a British Hang-gliding and Paragliding, APPI (Association of Paragliding Pilots and Instructors) and a Hong Kong paragliding Association registered instructor and Tandem Pilot. She has flown worldwide and started Flying Fever paragliding school in 1993. She spent some time competing and came first British woman in the pre- world cup in Brazil. She was chosen for the British Team for 2005. She was in charge of womans training development for the British Paragliding competitions.

Flying Fever is now run by Zabdi and her partner Maurice Geraghty. Sometimes helped by their son Kieran who has been visiting flying sites since 7 weeks old!

Visit old Blog site that show training from before 2011 now everything is on facebook! 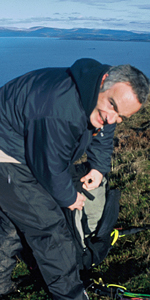 Maurice started flying solo in fixed wing gliders in the Air cadets at the age of 16. His love of flying led him to start paragliding in 2002. He has been paragliding all over the World. Flying cross country in the Himalayas. He qualified as a BHPA Instructor and Tandem pilot in 2007 and as an APPI instructor. He continues to love the sport and has recently taken up speed flying. 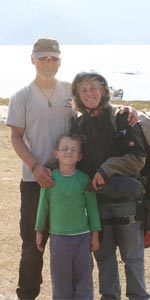 Kieran has spent a lot of time in the take off and landing sites around the world. From the age of 7 weeks he spent time in a tent in the landing field. By the age of four he was pleading for a tandem flight we relented and now he wants to go solo!